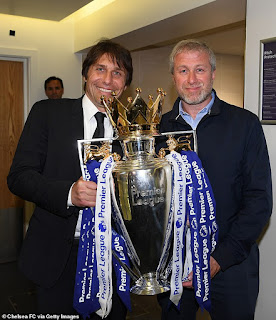 Inter Milan coach Antonio Conte has won his legal battle with Chelsea and the club will have to pay their former manager an extra £85,000 in compensation.

An employment tribunal ruled in Conte’s favour and Judge Andrew Glennie found that he was unfairly sacked by the Blues in July 2018.

“The complaint of unfair dismissal is well founded,” Glennie said.

The dismissal of Conte from his post, with Chelsea taking part in pre-season training at the time, is the most expensive sacking in English football history.

Chelsea’s latest accounts sensationally showed the massive outlay on compensation for the manager, his staff and legal proceedings totalled £26.6million.

Roman Abramovich has now paid out a total of £90m on sacking managers since he took over at Stamford Bridge back in 2004.

Conte remained out of work until May last year when he took over at Inter Milan.

He led Chelsea to the Premier League title in 2017 but was dismissed a year later with 12 months left on his contract as the Blues finished fifth and failed to qualify for the Champions League.

Conte also led Chelsea to victory in the 2018 FA Cup, with a 1-0 win over Manchester United in the final.

He was replaced by compatriot Maurizio Sarri who later left to take charge at Juventus last summer after just a year in charge.

Abramovich has had to dig deeper into his pockets to pay the compensation and the billionaire continues to pump money into the club.

He invested £247m into Chelsea in 2018-19 despite barely being seen in the country due to ongoing issues over his UK visa amid a souring of diplomatic relations between the British government and Russia.

The club’s wage bill also went up by £41m in 2019 despite not playing in the Champions League.

Abramovich, 53, is the most successful owner in the club’s history.