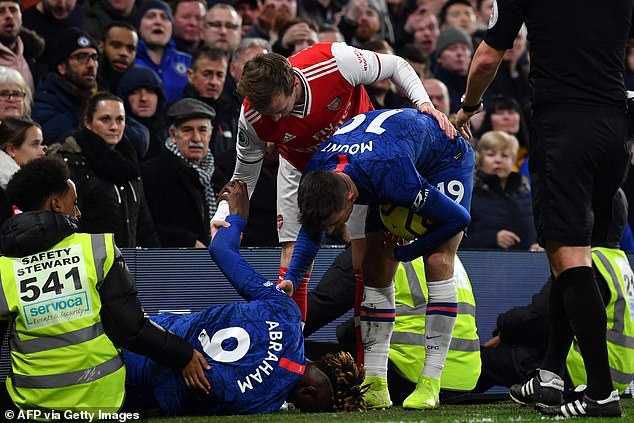 Fans feared as their first-choice striker held his ankle in agony, Tammy has 13 goals in 23 Premier League matches so far this season.

“Not the result we wanted but we have to keep going & fighting,” he wrote.

“Thanks for the messages & support. Hopefully my injury isn’t too serious.”

Arsenal refused kick the ball out of play when Abraham was down injured which made many Chelsea fans angry.

But when the Blues regained possession, they also refused to play the ball out with Tammy still down.
Ankle Injury Arsenal Chelsea striker Premier League Tammy Abraham young Striker