Serie A Unveil "Stupid" Monkeys 'Say No To Racism' Campaign 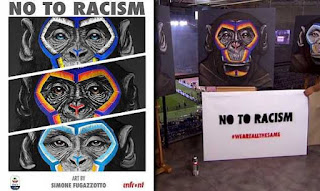 Italian League Serie A have taken the most dramatic measure ever to tackle racism in the country by using Apes at the center of a new campaign.

Serie A has been faced with the highest number of racist incidents in football and abuse of black players in matches this season.

Monkey chants and more have been directed towards players on various occasions but the league now have gone too far, so frustrating and included apes at the heart of their new 'Say No To Racism' campaign.

The unrealistic artist who made the pieces is Simone Fugazzotto and has insisted he created them to 'change people's thinking'. 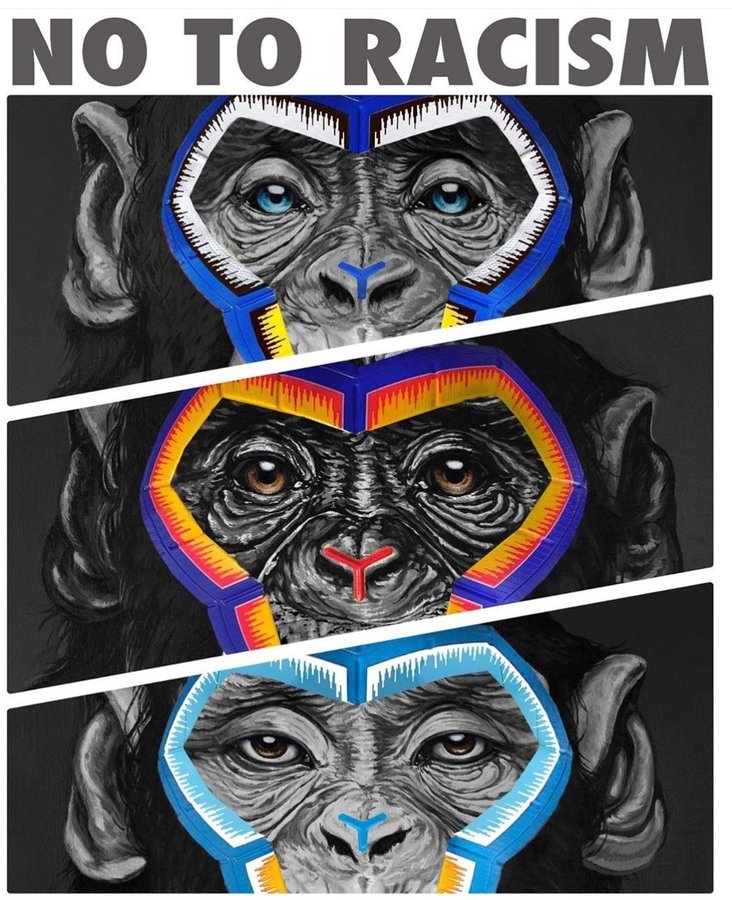 Simone: 'As an artist, there is nothing better than to change people's perceptions with your work.

'With this paintings, I tried to show the world who we are as complex creatures, who can be happy or sad, Muslim, Buddhist, Catholic or Islamic, but we all need to understand that the colour of our skin does not decide who we are.'

He added: 'I paint monkeys as a metaphor for we human beings. We have turned the concept back on racists as we were all Monkeys once. So I painted an Asian monkey, Western Monkey and a black monkey.' 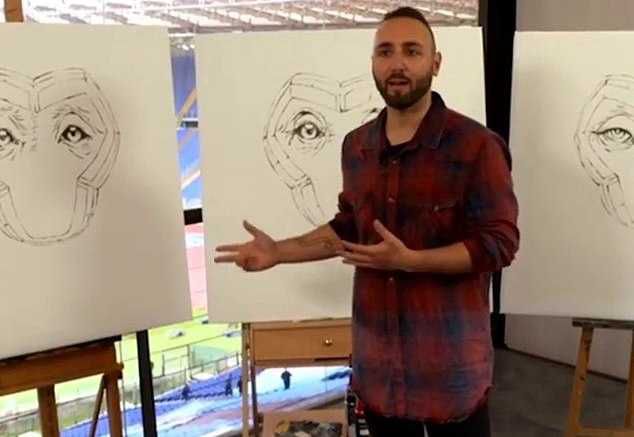 'The Serie A iis taking a strong stand against racism in any form. We have realised racism is a dynamic problem which we will face in three ways – sporting activities through club and players initiatives, culture via works of art like Simone's paintings, and lastly with the Full cooperation of the police. 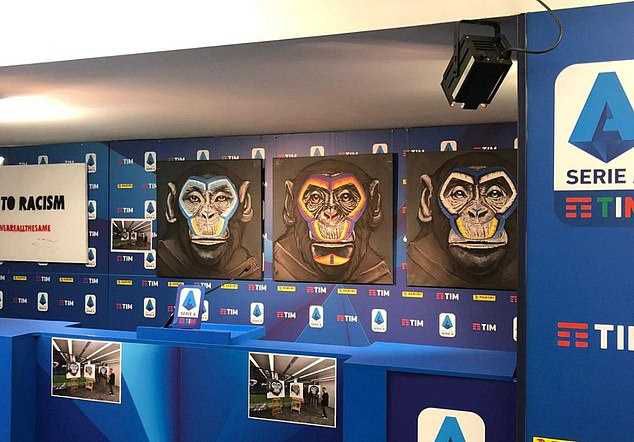 'By acting on these three levels, we are sure that we can win the most important match against this plague that is ruining world's most beautiful sport.'
Apes Italian league Monkey chants Say No To Racism Serie A