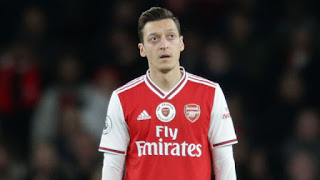 US-listed Chinese internet company NetEase said it removed Ozil from the game due to his "extreme comment about China".

Ozil, a practicing Muslim of Turkish descent, commented on China's treatment of Muslim minorities in the western region of Xinjiang in a tweet last Friday and criticized Muslim countries for failing to speak up about the alleged abuses. 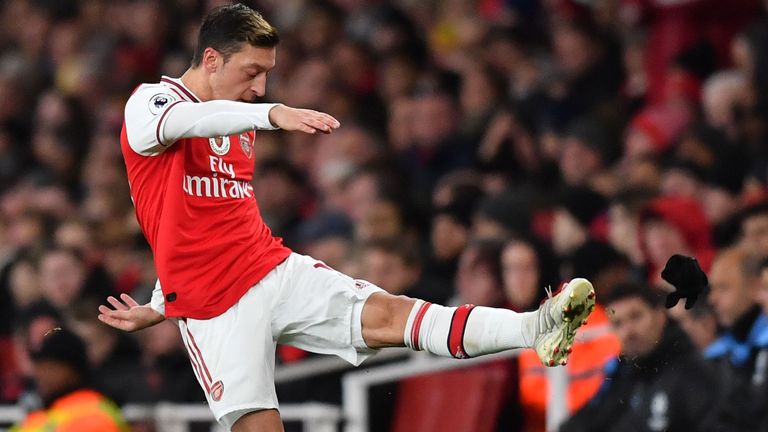 Arsenal have distanced themselves from his comments, while China said his tweets were "untruthful" and he was "deceived by fake news".

Ozil had tweeted in Turkish: "Korans are being burnt... Mosques are being shut down... Muslim schools are being banned... Religious scholars are being killed one by one... Brothers are forcefully being sent to camps.

"The Muslims are silent. Their voice is not heard."

Shortly afterwards, NetEase announced on its verified Chinese social media accounts Ozil's comments had "hurt the feelings of Chinese fans and violated the sport's spirit of love and peace".

"We do not understand, accept or forgive this comment."

USA secretary of state Mike Pompeo has come out in support of Ozil in his war of words with China.

"The CCP can't hide its gross human rights violations perpetrated against Uighurs and other religious faiths from the world."

German Bundesliga club FC Cologne has pulled out of a football academy in China, with one senior official saying "human rights are massively disrespected" in the country.

Cologne had been slated to run the school for young footballers in Shenyang, northeast China, for 1.8m euros ($2.0 million).

Club president Werner Wolf said in a statement Wednesday "we have decided not to continue the project... due to the current sporting situation," saying a reevaluation of "resources and priorities" were behind the move.