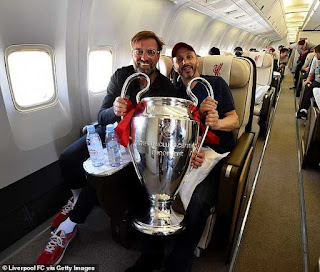 Flights for today have been cancelled after a private plan belonging to one of Liverpool's owners skidded off the runway at the Liverpool John Lennon Airport, The Airport was immediately closed after the incident and an inquiry about what happened has been launched.

A spokesman for the Airport has confirmed that four people were on board the plane but non are hurt.

One of Liverpool's owners Mike Gordon was confirmed to have been on the plane but is now safe with any injury concerns.

Mike Gordon is the president of Fenway Sports Group, was on the flight from Bedford heading to Liverpool to attend a regular club meeting. 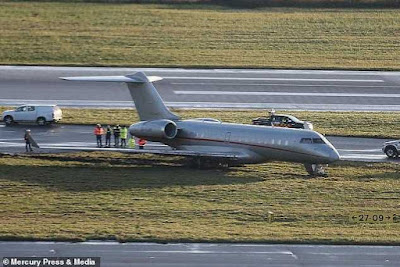 A close source said: "Mr Gordon did not suffer any injury but would like to appreciate the staffs at Liverpool John Lennon Airport and the emergency team for their amazing great job well done."

A spokeswoman for VistaJet added: "We are fully co-operating with the airport and relevant authorities as they investigate further."

And he carried on with his schedule for the rest of the day, hailing emergency services and staff for their handling of the situation.

Mr Gordon is Fenway Sports Group’s second largest shareholder with around 12 per cent. 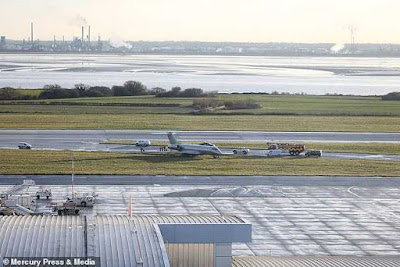 Over 9,000 passengers due to fly through the Liverpool airport have had flights delayed, canceled or moved to Manchester Airport.

Liverpool Airport operations director Paul Staples said the jet which came off the runway remains too close to the landing strip for it to be safe to open it.

He confirmed it was just over 50m to a side of the Airport runway.

"It is inside the runway strip and we will never compromise safety," Mr Staples said.