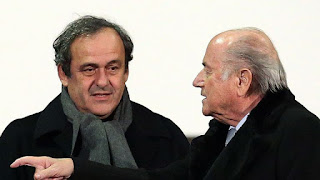 The governing body is seeking restitution of the £1.52m (two million Swiss Francs) Blatter paid to Platini back in February 2011.


The payment from Blatter to Platini was approved on January 18, 2011 and transferred to Platini from FIFA on February 1 of the same year.


The claim follows the unanimous resolution recently adopted by the FIFA Governance Committee in which it emphasised that FIFA was duty-bound to try to recover the funds illicitly paid by one former official to another.

The Swiss Federal Supreme Court has confirmed that this £1.52m gift was to be viewed as an "undue payment".

FIFA say that if and when successfully recovered, the funds (together with interest) will be "fully channelled back into football development, which is where the money should have gone in the first place".