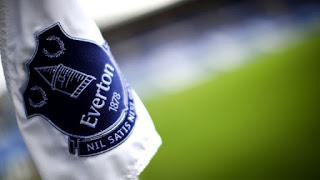 Everton are investigating allegations of homophobic chanting during their game against Chelsea on Saturday.

Both the club and Kick It Out are working with police after receiving reports of a chant being aimed at Chelsea fans by a small section of the home crowd.

It comes a week after an incident of homophobic chanting was reported to police during West Ham's win over Chelsea.

Everton say: "Homophobia has no place within our stadium, our club, our community or our game. The club strongly condemns such behaviour and is carrying out a thorough investigation which will include liaison with Merseyside Police."

The incident stains an otherwise positive day at Everton's home, after they ended a run of three successive defeats with a 3-1 win in interim boss Duncan Ferguson's first game in charge.


But it is the second week in a row Chelsea fans have been subjected to homophobic chanting, after supporters groups of both the Blues and West Ham reported the 'continuous' abuse during their shock home defeat.

The Hammers' LGBT fans group Pride of Irons, Chelsea Pride and the Chelsea Supporters Trust also spoke out in condemnation of the chant, which has been deemed homophobic by Kick it Out.
Chelsea Chelsea Fans Duncan Ferguson everton homophobic attack Kick It Out LGBTQ Merseyside Police West Ham