Everton Confirm Ferguson To Remain In Charge For Arsenal Game 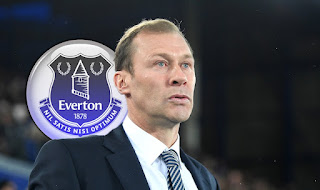 Everton have issued a statement to confirm that Duncan Ferguson will take charge of the game with Arsenal as expected.

The Blues are closing in on the appointment of Carlo Ancelotti as the club’s new permanent manager but his arrival is not anticipated to be in time for Saturday’s game.

And so Ferguson’s caretaker spell will now extend to a fourth game with the visit of the Gunners to Goodison this weekend.

Ferguson started with a win over Chelsea before overseeing a 1-1 draw at Old Trafford against Manchester United.

Everton fought back from 2-0 down on Friday night to force their Carabao Cup quarter-final with Leicester City to a penalty shoot-out but the Blues lost 4-2 on spot-kicks.
Arsenal Carabao Cup carlo Ancelotti Duncan Ferguson everton Leicester City Old Trafford