Cristiano Ronaldo Furious As Pitch Invader Grabs Him By The Neck In Juventus Win (Photos, Video)

on December 12, 2019
Cristiano Ronaldo was clearly furious at a pitch invader who grabbed his neck after Juventus' 2-0 win against Bayern Leverkusen. The fan approached Ronaldo from the back and just grabbed his neck in an attempt to take a selfie after the final whistle.


He was immediately taken away by the stadium steward and Ronaldo was unhappy about this incident. 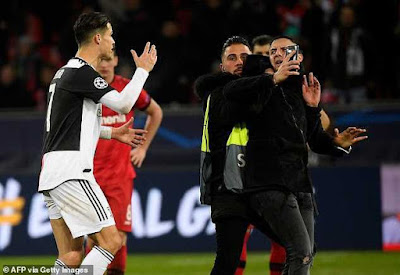 The Portuguese appeared to say 'Are You Crazy?' to the fan before being taken away.


It marked the second time Ronaldo was approached by a pitch invader in the same match but had avoided the first fan. 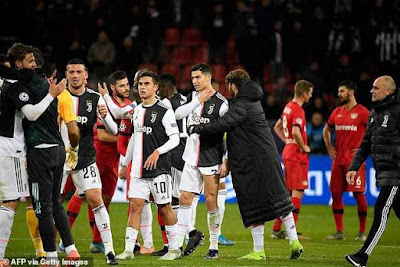 Juventus won the match 2-0 thanks to goals from Ronaldo and Higuian.

2,001 people are talking about this