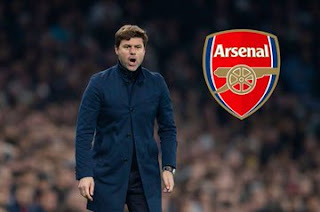 Coach Mauricio Pochettino has not ruled out a shocking move to Arsenal after being sacked at Tottenham.

Pochettino has been linked with a number of top club such as Bayern Munich, Real Madrid, Arsenal and even Manchester United.

Speaking in his home land about returning to England, Pochettino was coy about his next job.

Asked specifically about a move to Arsenal and told TyC Sports: "It’s important to have a moment of calm to lower the decibels and find the energy to take on a new project, and we’ll see where that is.

"I’m going to spend a few days here [in Rosario] with my family and friends, and then I’ll return to London next week."

Pochettino is likely to be returning to London to sort his personal affairs rather than for talks with Arsenal. 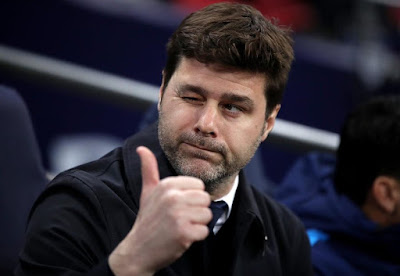 He spent five years at Tottenham manager and was replaced by Jose Mourinho after being sacked on November 20.

Since replacing Pochettino Mourinho has won three out of four games, but was beaten by his former club Manchester United earlier this week.

Arsenal meanwhile remain in crisis after failing to win the two games since sacking Unai Emery.

Freddie Ljungberg is in charge and oversaw a draw with Norwich and a defeat to Brighton.