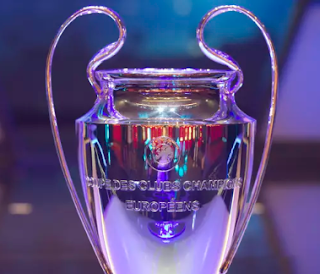 The Champions League draw has been made for the last 16, with some tasty ties to look forward to as we enter the business end of the European campaign.

After topping their respective groups, Manchester City and reigning champions Liverpool will both face trips to Madrid to play Real and Atletico, while Chelsea will take on Bayern Munich in a repeat of the 2012 Champions League final.

Spurs, meanwhile, take on German side RB Leipzig after the German side finished as group winners.

Borussia Dortmund vs Paris Saint-Germain sees Thomas Tuchel head back to Signal Iduna Park in what is undoubtedly one of the pick of the ties, with Atalanta vs Valencia providing all the football hipsters out there with their dream fixture in the next phase.

Barcelona has been paired with Napoli as the Blaugrana look to win the first Champions League since 2015, while Juventus and Lyon will do battle in the next phase.

For the first time in the history of the Champions League, all 16 teams in the draw are from Europe's five major leagues - with Barcelona, Borussia Dortmund, Bayern, Juventus, Leipzig, Lyon, Valencia, Napoli, PSG, Atletico Madrid, Atalanta and Real Madrid flying the flag for Spain, Germany, Italy, and France respectively. 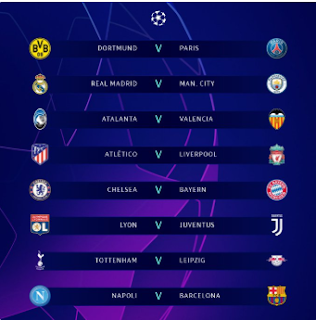 Here is the draw in full from Nyon: