on September 01, 2019
West Ham have agreed a deal with Sevilla for striker Javier Hernandez who is set to undergo a medical on Monday. 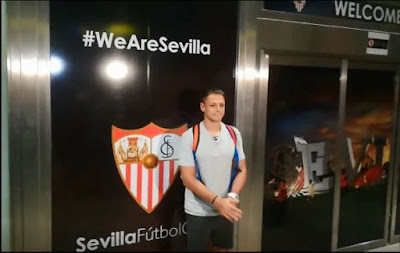 The Mexico International had 10 months remaining on his contract at the London Stadium.
West Ham are set to receive close to £8m for the forward, who has featured in two Premier League games this season.

Hernandez's departure will free up money for West Ham boss Manuel Pellegrini for a possible arrival in January or next summer.
The 31-year-old joined the Hammers in 2017 from Bayer Leverkusen and played 63 times for the club in all competitions, scoring 17 goals.
Sevilla's top scorer last season Wissam Ben Yedder left for AS Monaco earlier in the window.
La Liga clubs have until 23:00 (GMT) on September 2 to complete any further signings.
Javier Hernandez La Liga Mexico International Premier League Sevilla West Ham