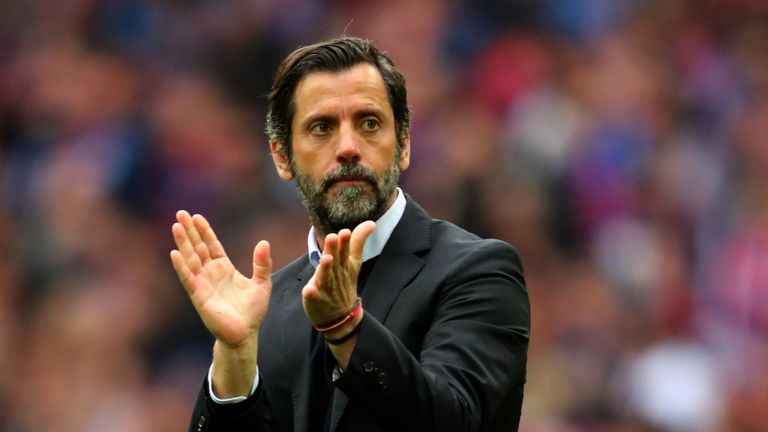 Watford have appointed former boss Quique Sanchez Flores following the sacking of head coach Javi Gracia just five matches into the season.
The 54-year-old Spaniard returns to Vicarage Road after coaching the Hornets during the 2015/16 season, leading them to a 13th-placed finish and the FA Cup semi-finals before moving to Espanyol.
He remained with the La Liga side for nearly two years before a brief spell in China with Shanghai Shenhua, which ended in July.
Sanchez Flores has also coached Valencia and Benfica, and led Atletico Madrid to Europa League and European Super Cup glory.
Gracia departed after leading Watford to just one win in their last ten matches, a run that stretched back to April.
They have taken just one point from their first four Premier League matches this season and sit bottom of the table.
However, last season Gracia took Watford to an 11th-placed finish - their best ever in the Premier League - as well as only the second FA Cup final in their history.
Chairman Scott Duxbury said: "Javi has represented Watford with great dignity and will always be deserving of our fullest respect for his achievements."
A club statement added: "Everyone at the Hornets wishes Javi and his staff all the very best for the future, and they will always be welcome visitors in the future at Vicarage Road."
Gracia was less than a year into a four-and-a-half year contract at Vicarage Road. Watford also had the option to extend the deal by a further three years.
Javi Gracia La Liga Premier League Quique Sanchez Flores Watford