Sanchez: I’m at Inter to win something and still love playing football

on September 03, 2019
The Chilean forward is to spend the rest of the 2019-20 campaign on loan at San Siro from Manchester United and has his sights set on silverware
Alexis Sanchez has stated that he is at Inter to “win something”, with the Chilean adamant that he retains his passion for the game despite a disappointing spell at Manchester United. 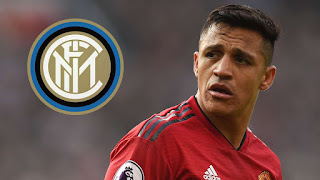 A sorry stint at Old Trafford has led the 30-year-old forward to San Siro on a season-long loan.
United are reluctant to sever ties with a player they have invested considerable faith and funds in, but are aware of the need for him to rediscover his spark.
Sanchez believes he can do just that in Italy, telling Inter TV of his ambition: “First of all I’d like to thank my teammates, it’s a great group here and they welcomed me from the very first training session.
“I'm here to help the team win something because I want to fight. The coach wants to win too and that's why I'm here.
“I have the same desire to win something, to play football. I love football and playing makes me happy.
“Now I'm here, I've arrived at a great team with excellent players. I'm here to fight for something.
“What struck me the most about my experiences in the past? In the Premier League it was the physicality, the pace, the strength, the intensity. I think it's a different kind of football from both the Italian and Spanish leagues.”