‘Salah is going to keep on being selfish’ - Liverpool legend Fowler 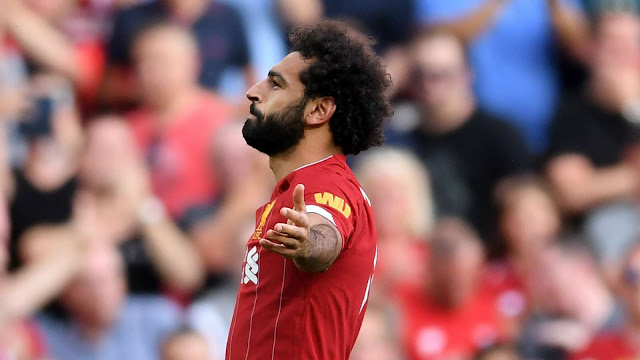 The Egyptian forward has faced accusations of being too focused on his own game, but a former Reds goal-getter considers that to be no bad thing


Mohamed Salah will continue to show a selfish streak at Liverpool and should make no apologies for it, says Reds legend Robbie Fowler.

The Egypt international has – not for the first time – faced accusations of being too self-centred in the final third of the field.

That debate was sparked again during a Premier League meeting with Burnley in which Sadio Mane was left clearly frustrated with the actions of a Reds colleague.

Fowler is reading little into the talk of a supposed rift in the Anfield camp, with emotions always running high in competitive action, and sees no reason why Salah – with 74 goals in 110 appearances for Liverpool – should change his ways.

The former Reds frontman told The Mirror: “I’ve ­honestly never heard such nonsense as the stuff that has surrounded this so-called spat between Sadio Mane and Mo Salah.

“Everyone commenting and talking nonsense about being ‘greedy’ or destroying team spirit, have they never watched football before?

“Because you can’t be a ­top-class goalscorer without total belief you will score.

“That’s what goalscorers do. They train for it, their whole week on the ­training ground is spent practising, visualising, working out how to score for every position and the best always believe they can score – from five yards, from 20, from 40. Wherever. Even if it’s easier to pass for a tap-in.

“I look at Salah’s record and it tells me he’s going to keep doing it.

“You don’t score that many goals without being what people say is selfish. But what the hell do people want?

“And the other ­nonsense I’ve heard is people saying he’s not passing ­because he’s ­jealous, he doesn’t want Mane to score.


“If anyone can slow down the game so much they have time to think, ‘Oh, I’m not passing to him because he’s scored more than me’, well they’re the best who’s ever played. Yes, Salah can be ­selfish when he sees the goal, but, to me, that makes him a great goalscorer.

“And it’s not as if he doesn’t create chances for others. Mane knows that, and what he did was just frustration at being taken off.”
Liverpool Mohamed Salah Robbie Fowler Sadio Mane