The Juventus forward has dominated the scene in his homeland for some time, with only two other players recognized over the last 12 years 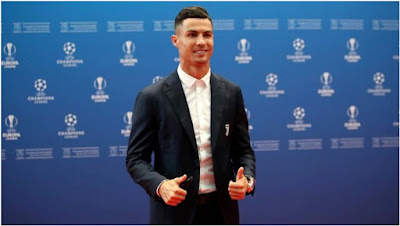 Cristiano Ronaldo’s dominance of Portuguese football has continued, with the Juventus superstar named his country’s Player of the Year for a record-extending 10th time.
At 34 years of age, an iconic figure has shown no sign of slowing down and he remains the standout performer in his homeland, as he has been for well over a decade now.
Since first landing the Portuguese Player of the Year prize in 2007, Ronaldo has enjoyed an almost faultless monopoly of the silverware.
Across 12 years, there have only been two occasions in which he has been knocked from the summit, with Simao and Pepe the only men to have pipped Ronaldo to a prestigious gong.
The five-time Ballon d’Or winner is now into double figures on his personal roll of honour, with some distinguished opposition edged out to take the latest award.
Manchester City playmaker Bernardo Silva and Atletico Madrid new boy Joao Felix were among the other contenders, along with midfield duo Bruno Fernandes and Ruben Neves of Sporting and Wolves respectively.
None were able to get close to Ronaldo, with another honour coming his way in a 12-month period which has already delivered a Serie A title at Juve and a Nations League crown with Portugal.
Upon accepting his award, Ronaldo said: "This world is so fast, with the social media, the press, it's been wild. It's been an extremely complicated year on a personal level. Don't let anyone pull you down."
Ronaldo recorded 28 goals and 10 assists during his debut campaign at Juventusin 2018-19.
That return has made him a talismanic presence in Turin, just as he was previously at Manchester United and Real Madrid.
He continues to strive for continuous improvement and remains locked in a long-running battle with Barcelona superstar Lionel Messi for global dominance.
Both men are back in the running for the 2019 FIFA Best Award and Ballon d’Or.
They have dominated those particular events in recent times, but have seen their crowns start to slip.
Ronaldo’s former Real team-mate Luka Modric took the Golden Ball in 2018, while Liverpool defender Virgil van Dijk – who has already been named UEFA’s Player of the Year – is strongly fancied to take that prize in 2019.
Ballon d’Or Cristiano Ronaldo juventus