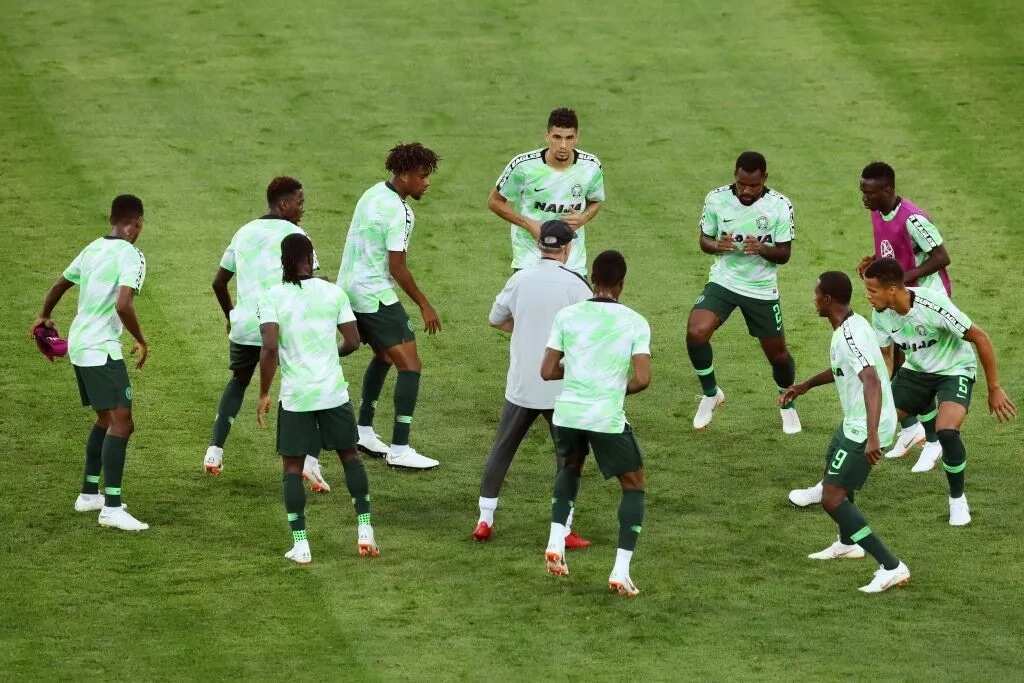 Gernot Rohr has announced his starting line-up for Tuesday's international friendly between Ukraine and Nigeria at the Dnipro Arena, Rushhoursport.com reports.
Deportivo La Coruña loanee Francis Uzoho has held off the challenge of Ikechukwu Ezenwa and will start in goal for the three-time African champions.Stand-in captain William Troost-Ekong will partner Semi Ajayi in central defence with Ola Aina and Jamilu Collins taking up the right-back and left-back positions respectively.Joe Aribo has been handed a full debut by the German football tactician and the Glasgow Rangers star is joined in midfield by Oghenekaro Etebo and Alex Iwobi, who will play in the number 10 role.The joint-top scoring Nigerian player in Europe's top five leagues with four goals, Victor Osimhen will lead the frontline and he is flanked by Samuel Chukwueze and Samuel Kalu.The encounter between Ukraine and Nigeria is scheduled to kickoff at 1930 hours Nigerian time.