Racism must be tackled in wider society - John Barnes

on September 02, 2019
John Barnes believes racist abuse will continue in football until discrimination is eradicated from society as a whole.
Romelu Lukaku became the latest black player to receive racist abuse after being subjected to monkey chants during Inter Milan's 2-1 Serie A win over Cagliari on Sunday. 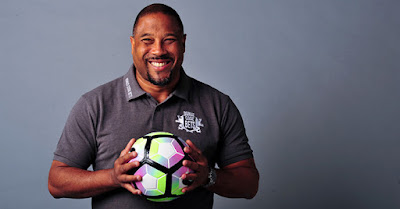 Marcus Rashford, Paul Pogba and Tammy Abraham have all been targeted by online abuse in recent weeks, prompting calls for social media websites to do more to tackle the issue.
Lukaku believes football is "going backwards" in regards to stamping out racism and Barnes says the problem will continue unless society does more to educate people about the causes of discrimination.
"I wouldn't say we're going backwards but we're exactly where we were," said Barnes.
"There is not a footballing solution to this, there is only an educational and social solution to this problem.
backwards Cagliari Inter Milan John Barnes Marcus Rashford Paul Pogba Romelu Lukaku Serie A Tammy Abraham