on September 03, 2019
The President of Nigeria Football Federation Amaju Pinnick says the technical Department of the country’s football governing body will take a decision in the coming weeks as regards Chelsea defender Fikayo Tomori.

Tomori, born to Nigerian father is eligible to play for England, Nigeria and Canada his country of birth. 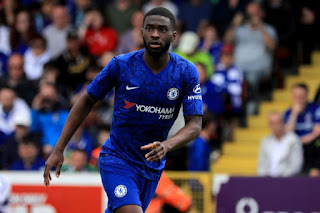 The NFF President who was at Stamford Bridge on Saturday where Chelsea were held to a 2-2 draw by Sheffield saw  Tomori in the Chelsea colours and confirmed that a plan will be drawn soon.

Another Nigerian Tammy Abraham was also in action for Chelsea in the game and scored two goals, but the NFF may no longer consider him for the Nigerian National team.
Abraham was reported to have chosen Nigeria ahead of England prior to the 2018 world cup, but the 21 year old denied such and went ahead to feature for England in a friendly.