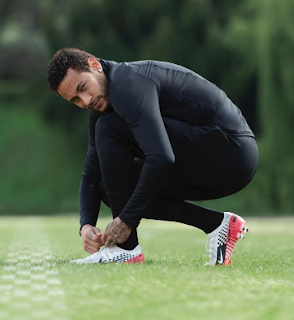 Neymar reportedly broke down in tears when he learned his move from Paris Saint-Germain to Barcelona fell through.

Neymar, 27, was desperate to leave Paris for Barcelona during the summer transfer window but the Spanish giants failed to agree terms with his club.

He'll continue to ply his trade in France and El Chiringuito report that the Brazilian international was reduced to tears when his sensational return to the Camp Nou was dead in the water.

The report also claims Barcelona contacted their former player on Sunday to tell him they had done everything in their power to sign him.

When Neymar announced he was staying at the club, the Paris Saint-Germain dressing room teased him by saying "se queda" to him multiple times.

The Barcelona defender uploaded a picture of himself and Neymar accompanied with the words "Se queda" - translated as "He stays" - only for the player to complete a world record transfer to PSG.

Meanwhile, Neymar not moving back to Spain comes as a relief to his PSG teammates.

An anonymous PSG player said: "It was a relief. It's important for the project and above all prevents us from strengthening Barça. Better to play with a Neymar who's a bit sad, than against a Neymar in top form."

As for the Barcelona camp, Clement Lenglet is happy to be done with the rampant Neymar rumours.

"Neymar? There were many rumours," he said.

"It was a very hectic period for the club. Finally, it's over. This way we can work a little easier."

The superstar forward is yet to play for PSG this season, but his actions have angered their fans who've unfurled derogatory banners and sang abusive songs towards him at games.
Barcelona Brazilian Footballer Neymar Cried Paris Saint-Germain PSG transfer