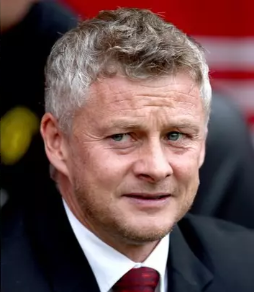 Manchester United could be without SEVEN first-team players for the visit of Leicester City tomorrow.

Ole Gunnar Solskjaer revealed in his press conference today that French duo Paul Pogba and Anthony Martial are definitely out, as are Luke Shaw, Eric Bailly and Diogo Dalot.

Aaron-Wan Bissaka and Jesse Lingard, who both pulled out of England the squad last week, are also major doubts for the game.

Speaking to the media this morning, as per Manchester United's official website, Solskjaer said: "Well, the treatment room has been busy and still is.

"We don't really know who is going to be available. Maybe Aaron, maybe Jesse and I think maybe that's it from the ones that had to pull out [of the internationals], but I can't promise those two will be available either.

"Pogba won't be fit, no, unless he's had a miraculous recovery overnight from yesterday to today or maybe from tonight to tomorrow. He's not been ready to do 100 per cent training, no.

"We hope, as I've said, that more can be ready for West Ham next week and Paul and Anthony are in that category. I think they'll be ready for then and I can't say more than that really."

United are looking to get back to winning ways after going three games without victory in the league. But without several of their big guns, they face an uphill task against an exciting Leicester side at Old Trafford.