The 20-year-old has put pen to paper on a five-year contract that will keep him at the Andalusian club until the end of the 2023-2024 season. 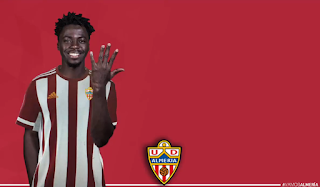 The left-footed midfielder becomes the second Nigerian youngster signed by Almeria in the summer transfer window after Nigeria U23 international Valentine Ozornwafor.