on September 03, 2019
Kenedy has completed a season-long loan move from Chelsea to Getafe.
The Brazilian, who is in the final year of his contract, spent the last 18 months on loan at Newcastle, where he scored three goals in 41 appearances. 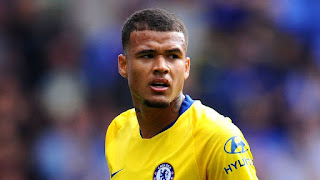 Despite featuring in Chelsea's pre-season, he has failed to break into Frank Lampard's first-team squad for the Premier League campaign.
Since joining Chelsea from Fluminense for £6.3m in 2015, Kenedy has made 27 appearances for the Blues and was an unused sub in the first two league games of this season.
Brazilian Chelsea Fluminense Frank Lampard Getafe Kenedy Newcastle