on September 05, 2019
The former Red Devils captain has hit out at his former manager and suggested he didn't have the best interests of the club at heart 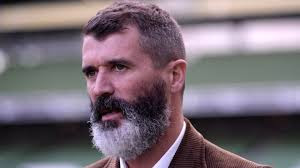 Roy Keane has claimed that Sir Alex Ferguson didn't have Manchester United's best interests at heart and says that he'll never forgive his former manager.
Keane is one of United's most decorated former captains with seven Premier League titles and a Champions League crown among other honours, but a falling out with Ferguson saw him leave Manchester in 2005.
Ferguson was also critical of Keane in his autobiography released in 2013, and the latter has often made disapproving comments relating to the Scot and the duo's time together at Old Trafford.
Champions League ex-Manchester United boss Old Trafford Roy Keane Sir Alex Ferguson