on September 02, 2019
Romelu Lukaku has demanded immediate further action be taken to tackle racism in football and says "we're going backwards" with the issue.
The striker was subjected to monkey chants from the crowd during Inter Milan's 2-1 Serie A win over Cagliari on Sunday. 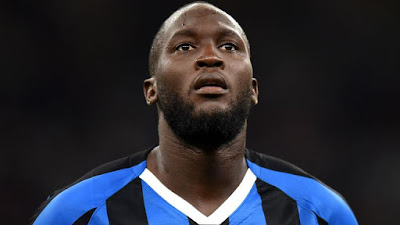 The chants could be heard before and after the striker scored a penalty to win the game in the 72nd minute before he looked towards the Cagliari supporters. 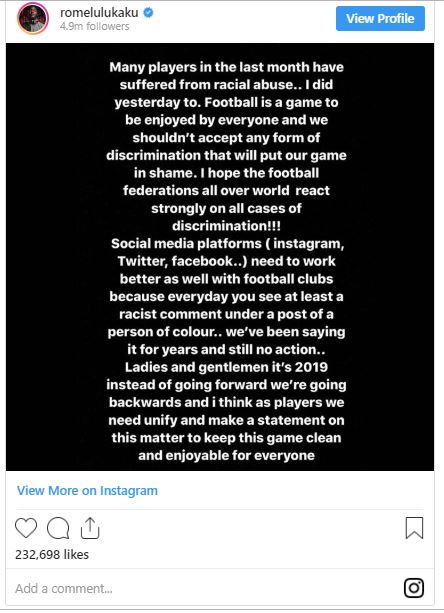 Moise Kean, Blaise Matuidi and Sulley Muntari have all suffered similar abuse when playing against the Sardinian club.
Cagliari escaped punishment following the abuse to Kean after the Italian Football Federation ruled the chants had "limited relevance and perception".
"Many players in the last month have suffered from racial abuse. I did yesterday too," Lukaku said in an Instagram post on Monday.
"Football is a game to be enjoyed by everyone and we shouldn't accept any form of discrimination that will put our game in shame.
"I hope the football federations all over the world react strongly on all cases of discrimination!
"Social media platforms (Instagram, Twitter, Facebook) need to work better as well with football clubs because every day you see at least a racist comment under a post of a person of colour.
Blaise Matuidi Cagliari Inter Moise Kean Romelu Lukaku Sulley Muntari