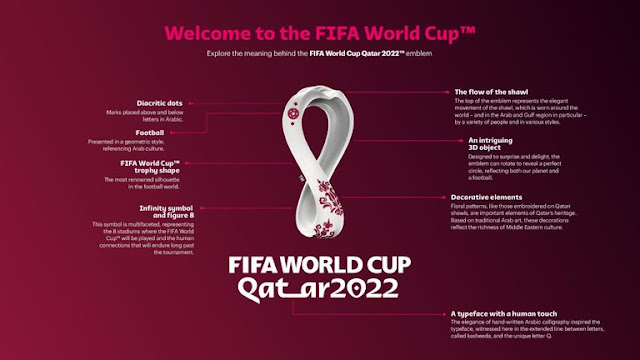 FIFA has unveiled the official emblem for the 2022 World Cup set to be held in Qatar.
Launched in the country's capital Doha, thousands of spectators witnessed the synchronised projection of the emblem onto a number of the country's most iconic buildings.
It was also broadcast on large screens across the world, including London's Leicester Square, Canary Wharf and Westfield.
The swooping curves of the emblem represent the undulations of desert dunes and the unbroken loop depicts both the number eight - a reminder of the eight stadiums that will host matches. 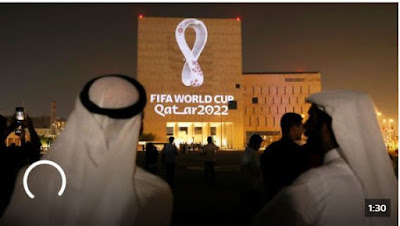