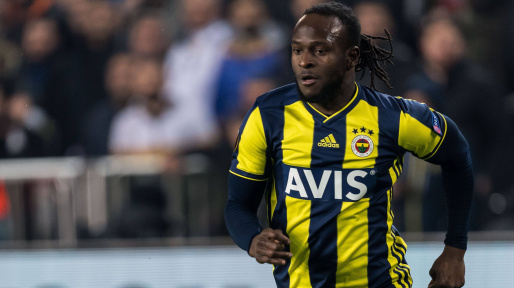 Former Super Eagles winger, Victor Moses dream of having his loan deal at Fenerbahçe converted to a permanent deal may not see the light of the day after all.

Rushhour.com learnt that the Turkish club appears to have been waded off due to Moses’ £75,000-a-week wages, in addition to the fee required to sign him.

The Nigerian international, who has been on the radar of Inter Milan manager, Antonio Conte at the just concluded summer transfer window, joined Fenerbahçe in January 2019 from parent club Chelsea.

He was instrumental in the team’s progress last season, where he netted four goals in 14 Super Lig appearances.

With his contract set to expire in 2021, there are indications that the former Wigan star may return to Chelsea if Fernabache fail to reach an agreement with the London Club.


Moses was part of the Super Eagles squad that won the 2013 Africa Cup of Nations in South Africa after the team defeated Burkina Faso in the final under former manager, late Stephen Keshi.

He was also in the team that played at the 2018 FIFA World Cup, where the team crashed out in the group stages that had countries such as Argentina, Croatia, and Iceland.