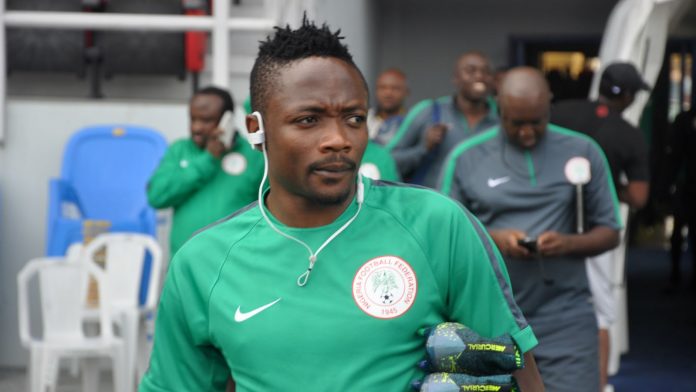 Ahmed Musa has become the fifth Nigerian player to withdraw from the Super Eagles squad ahead of Tuesday's international friendly against Ukraine.

According to a statement issued by the Nigeria Football Federation on Friday evening, an injury has forced the former CSKA Moscow winger to pull out of the squad.

It is worth remembering that Musa had to be substituted on the hour mark during the Saudi Professional Football League match between his team Al Nassr and Al Fateh last week after suffering the injury.

The Nigerian Federation have not announced a replacement for Musa and this means that twenty two players are due to fly to Ukraine.