Can and Mandzukic left out of Juventus Champions League squad

on September 03, 2019
The Croatian and German internationals were the notable absentees from Maurizio Sarri’s list for European competition. 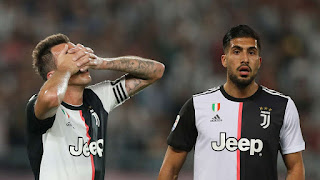