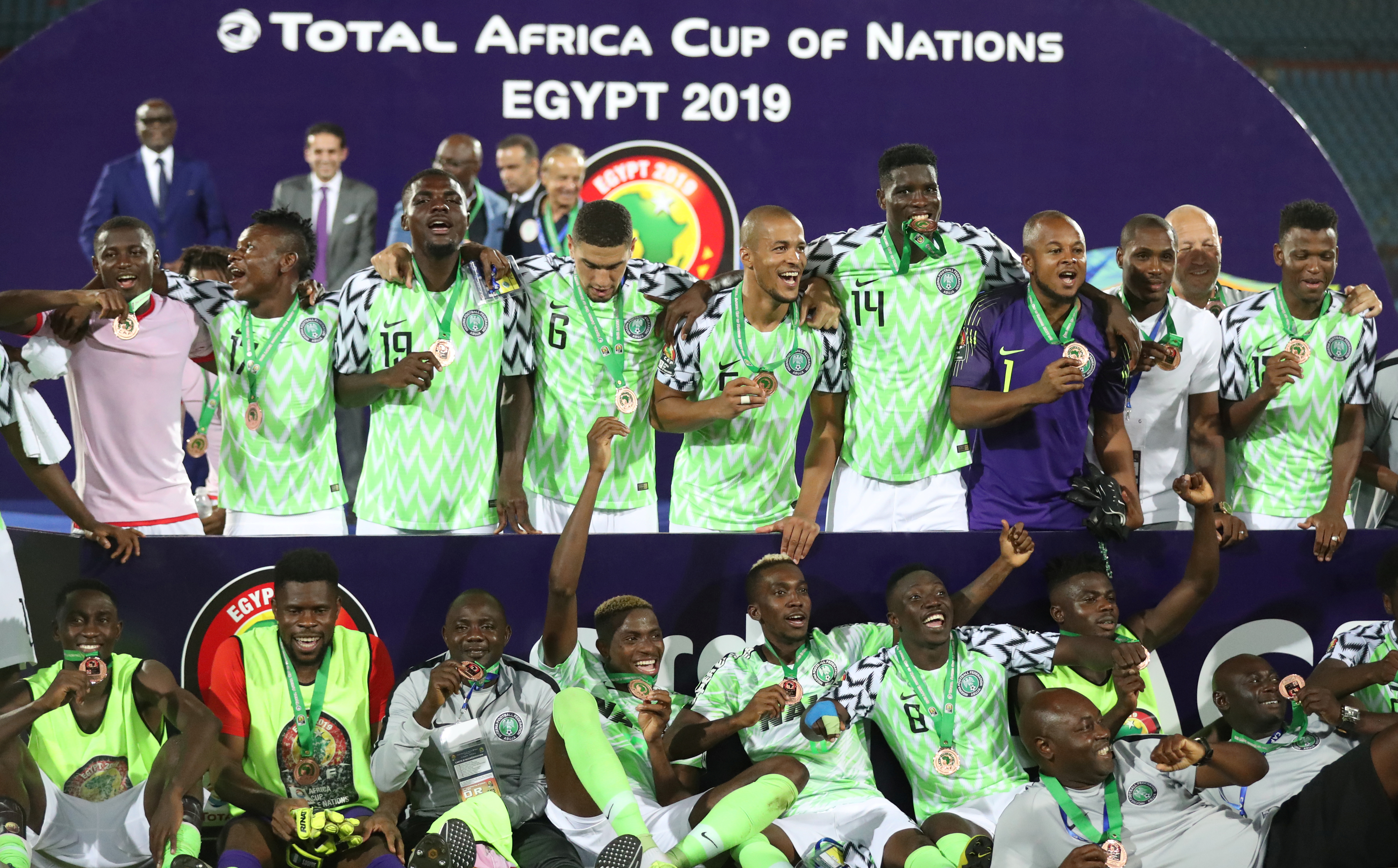 Nigeria Super Eagles, who emerged 2019 Africa Cup of Nations bronze medal winners after a hard fought 1-0 triumph over the Carthage Eagles of Tunisia in the Third-Place match, are still being owed a substantial part of their $2m prize money.
CAF gathered, is still owing the Super Eagles $1.4m (about N502m) having only last month, (August) released the sum of $600,000 (about N215m) to the three time African champions.
Similarly, champions, Desert Foxes of Algeria and runners up, Teranga Lions of Senegal, and fourth placed Carthage Eagles of Tunisia are yet to receive the full value of their entitlements.
The Super Eagles, The Carthage Eagles and Teranga Lions were due to receive $2m each for reaching the last four stage of the tournament.
Champions, Desert Foxes of Algeria were to take home $4.5m according to CAF’s enhanced AFCON winning packages.
But we understand that nearly two months after Africa’s flagship football showpiece ended in Cairo, Egypt, only parts of the winning prize monies have been released to the teams.
It was also learnt that Senegal and Tunisia have equally been paid in part, with that of Algeria slightly more.
CAF wrote the NFF in August conveying a release of $800, 000, explaining that $600, 000 was part of their 2019 AFCON prize money while $200,000 was their annual grant from CAF due for each member association.
“We have written to CAF, asking for clarifications on the money that was paid to us,” an official of NFF said.
“It is quite odd that it is getting close to two months since we played at the AFCON in Egypt and we are yet to receive our prize money.
“It is a rather unusual situation for which we require an explanation.”
The situation, it was further gathered, also affected Esperance of Tunisia who are current CAF Champions League holders.
The ‘Blood and Yellow’ side are understood not to have received their $2.5m prize money from CAF, fuelling suggestion CAF finances are in red.
Morocco’s Fouzi Lekjaa, who is CAF Finance Committee chairman, had warned his colleagues during their meeting on June 19 that, “CAF has entered a cycle of structural deficit that will reach about $6m at the end of the year (2019)”.
He added: “If this deficit is not corrected, it will lead to the consumption of financial reserves and the deficit will reach to the point of reaching $120m after 10 years.”
Afcon Morocco NFF Super Eagles