Arsenal vs Tottenham: Is the gap between the north London sides closing? 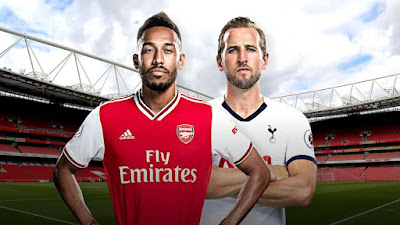 Arsenal host Tottenham on Super Sunday with the chance to open an early five-point gap between themselves and their north London rivals.
It has been three seasons since the Gunners finished above Spurs in the Premier League table, but is the gap between the north London rivals closing once again?
Before the 2016/17 season, you had to rewind to the 1994/95 campaign for the last time Spurs avoided what Arsenal fans called 'St Totteringham's Day' and finished above their neighbours.
Mauricio Pochettino's side eventually ended 22 years of Arsenal dominance and the Argentinian has guided his side above their neighbours for the last three years.
But, after a less then convincing start to the season, Spurs face a huge test at the Emirates Stadium, with Arsenal hoping to lay down an early marker as Unai Emery looks to lead his side above Spurs and into the top four for the first time since the 2015/16 season.
Arsenal Emirates Stadium London Rivals Manager Unai Emery Mauricio Pochettino Premier League Tottenham