on September 01, 2019
Arsenal came from two goals down to salvage a point as a pulsating north London derby with Tottenham ended 2-2 at the Emirates on Super Sunday. 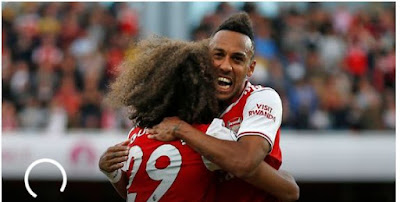 Spurs raced into a two-goal lead inside 40 minutes thanks Christian Eriksen's early tap-in and Harry Kane's clinical penalty, after Granit Xhaka's mindless lunge on Heung-min Son in the area.

But Alexandre Lacazette sparked the Gunners' fightback in first-half stoppage-time, ramming the ball past Hugo Lloris, before the Pierre-Emerick Aubameyang's levelled the contest with 19 minutes remaining with an opportunistic finish.
Arsenal thought they had claim the north London bragging rights when Sokratis bundled the ball in at the back post on 80 minutes, but a VAR review found Sead Kolasinac to be offside in the build-up, and Spurs escaped with a point despite looking on course for three in parts. 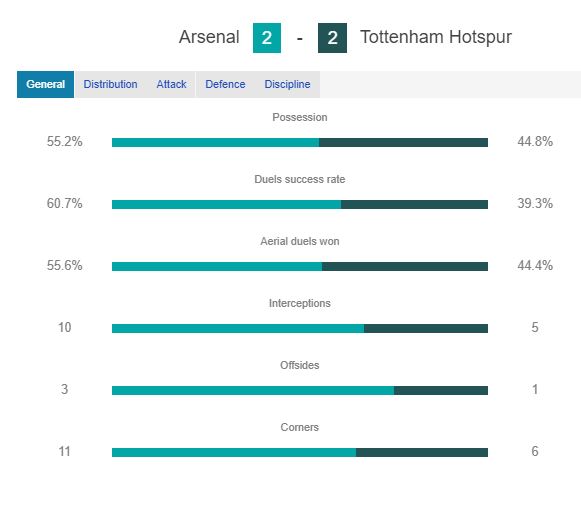