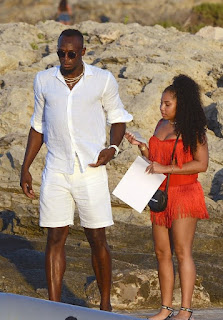 Usain Bolt looked as though he was making the most of his retirement as he enjoyed a sun-soaked break in Formentera, Spain with girlfriend Kasi J. Bennet on Thursday.

The former Jamaican sprinter, 32, cut a dapper figure in a bright white ensemble as he strolled with his other half, who dazzled in a fringed red outfit.

Keeping cool in the Spanish sun, Usain donned a crisp white shirt and matching shorts, which he teamed with a pair of black and white sliders.

The couple looked happy and relaxed as they strolled with pals near the some cliffs situated close to the beach. 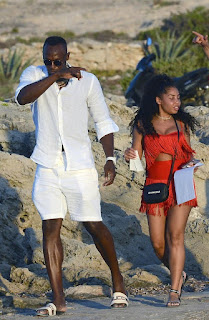 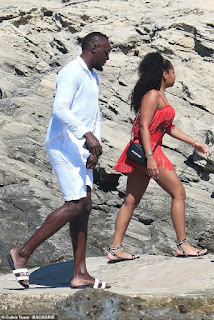 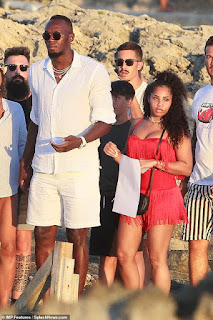 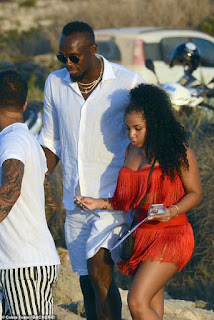