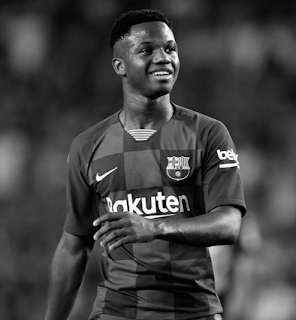 Teenage Barcelona forward Anssumane Fati became the youngest player to represent the Spanish giants in La Liga since 1941 when he made his debut off the bench in a win over Real Betis.

Fati is just 16 years and 298 days old. The youngest player ever to represent the Blaugrana is Vicenc Martinez, who was 16 years and 280 days old when he made his bow in 1941.

Fati replaced Carles Perez with around 15 minutes to go in Barca’s comfortable 5-2 win over Real Betis.

ati needed parental permission to play in the game due to La Liga regulations.

Underage players are not allowed to feature in late-night games in Spain without consent from a parent. Fati’s debut kicked off 9pm local time, which is classified as late night.