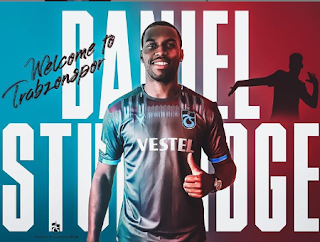 Daniel Sturridge has joined Trabzonspor on a three-year contract.

The former England striker has moved to Turkey after his Liverpool contract expired following six years at Anfield.


Sturridge had been linked with a host of clubs this summer with Marseille, DC United and Aston Villa all tipped to move for the 29-year-old.

But he failed to agree a move and he arrived in Turkey earlier this week ahead of his switch to Trabzonspor.

Sturridge, who has also had spells with Manchester City, Chelsea and Bolton, was given a two-week ban earlier this summer after being found guilty of breaching betting rules.