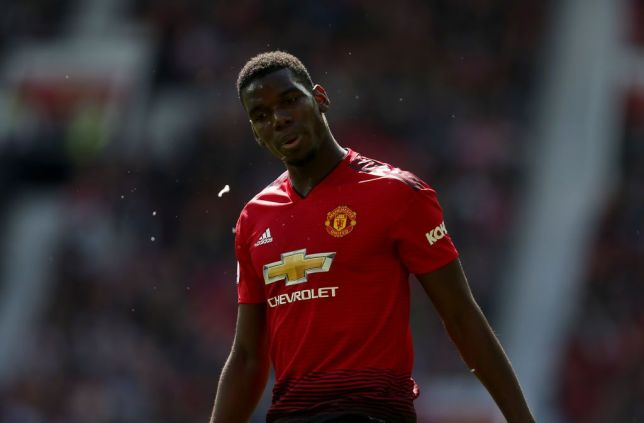 Manchester United midfielder, Paul Pogba, was involved in a heated altercation with fans after their 2-0 defeat to Cardiff City at Old Trafford on Sunday.

The Red Devils ended a miserable campaign with a defeat against the relegated Bluebirds.

United players gave a lap of honour to a half-empty Old Trafford after the defeat to Cardiff and those that remained in the stadium were largely respectful to the players.

However, Pogba encountered some aggravated fans as he made his way towards the tunnel.

A supporter was heard shouting “Ole! Ole! Sort him out!” while pointing at the midfielder.

Pogba stood there listening to the supporter and a yell of “Have some f****** respect” was aimed towards the Frenchman by another supporter.

The former Juventus man put his hands together in a sympathetic response to the fans and then raised a hand to the supporters before making his way down the tunnel.
altercation campaign Cardiff City encountered Fans Manchester United midfielder miserable Old Trafford Ole Gunnar Solksjaer’s Paul Pogba Relegated Supporter sympathetic