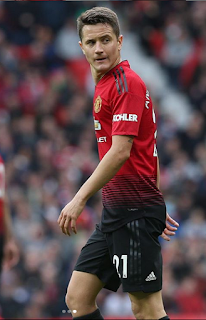 The Spaniard is set to leave Manchester United this summer after failing to agree terms with the club following 18 months of negotiations.

United offered the player fresh terms at Old Trafford but, according to The Mirror, they could not match the exorbitant offer tabled by the Ligue 1 giants.

Herrera, who was on around £130,000 a week at United, grew frustrated by the club's inability to agree terms with him and he felt they dragged their feet for too long over tying him down to a new deal.

There has been a growing feeling of frustration among sections of Manchester United fans that the Spain international is set to leave, with Paris looking to be the most likely destination.