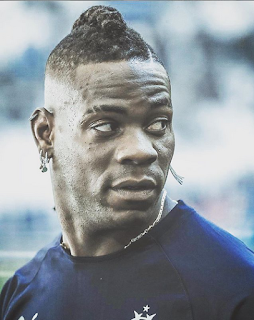 Mario Balotelli has delivered a cryptic farewell to Marseille after his contract at the Ligue 1 side expired.

The former Italy striker joined the club in January on a six-month deal after his contract at Nice was cancelled, and scored eight goals in 12 games.

Marseille had hoped to secure a return to the Champions League this season, having missed out last term after losing the Europa League final to Atletico Madrid.

But the team fell short of landing one of Ligue 1’s three qualification slots, falling behind third-place Lyon and fourth-place Saint-Etienne to eventually finish fifth.

But Balotelli appeared to hint on Instagram that, despite the team coming up short, he could potentially stick around at the Stade Velodrome.

“Thank you everybody for these amazing five months even if we didn’t achieve our objectives,” the striker wrote.

“I really wanna [sic] say thank to the coach and staff, players, president and directors. Everyone that works with OM [Olympique Marseille] supporters – THANK YOU AND HOPEFULLY see you soon or good luck for everything in the future years.”
Balotelli cryptic Cryptic Message Farewell Italy striker Ligue 1 Mario Balotelli marseille Marseille Fans